Okinawa was an independent kingdom called the “Ryukyu Kingdom” for about 450 years until 1879. Trade with Japan, China and Southeast Asia flourished during the Kingdom of the Ryukyu, and it is believed that the foundation of culture of Yaeyama, such as the Sanshin and Awamori, flowed in during this time.
The Yaeyama Islands have a distinct language system (dialect) that is different from Okinawa main island and the Miyako Islands, called the Yaeyama dialect. The Yaeyama dialect does not refer to just one dialect. Instead, each island, and even each village within the region, may have its own dialect. The number of people who can speak in dialect has become few, and there is now an effort to pass this on to future generations through study sessions, etc. 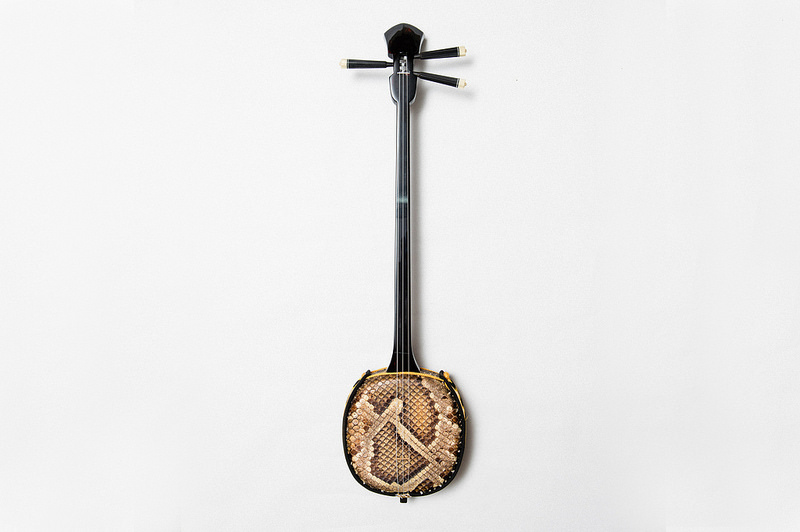 There are folk songs sung only with the human voice and no accompaniment, called “koyou”, or old songs, and songs accompanied by the Sanshin or flute, called “fushiuta”.
The Sanshin, which accompanies fushiuta, was brought to Yaeyama by officials of the Ryukyu Kingdom , and many fushiuta songs were created through the spread of the Sanshin. Dances choreographed to koyou and fushiuta songs are mostly dedicated as part of ritual ceremonies, and are often danced during celebrations and as part of large performances.

Traditional houses are roofed with red tiles and surrounded by fukugi trees and low stone walls. A low stone wall is built just inside the gates to the house to block views from the outside and to ward off bad spirits. Shisa, mythical lion-like creatures made of red brick are also placed on the roofs to ward off evil spirits.
* These traditional houses can be seen in the facility of “Ishigaki Yaima Village”. 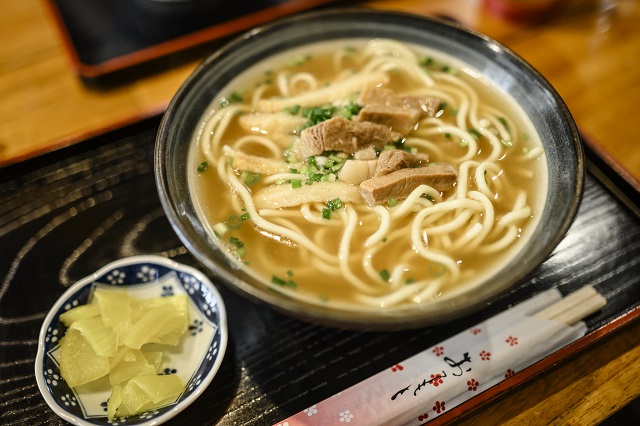 Island vegetables grown in the warm climate of the Yaeyama Islands such as loofah, goya, and papaya. Tropical fruits such as dragon fruit, pineapple, and mango.
Fresh fish from the region such as tuna, and seaweed known as aosa and mozuku, as well as shell. Branded beef from cows grown in a relaxing environment.
In Yaeyama, there is a wide variety of attractive fresh ingredients.
In addition, Yaeyama is actively producing “Brown sugar” made from sugar cane and a distilled liquor “Awamori” made in Okinawa. There are 10 “Awamori” breweries in Yaeyama, and character of each brewery can be enjoyed.
And the most popular dish, Yaeyama soba, its soup contains broth bonito and pig bone, fine noodles made with 100% wheat flour, and is topped with pork cooked with soy sauce and sliced kamaboko. 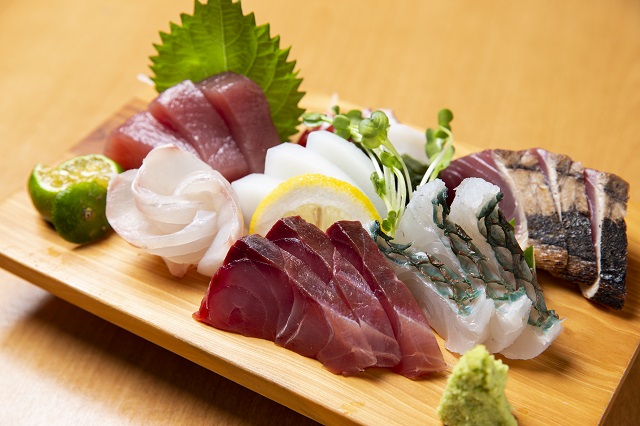 From the sea around Yaeyama, tuna and colorful fishes are abundantly caught, and can be enjoyed with various dishes such as, Sashimi and boiled, etc. 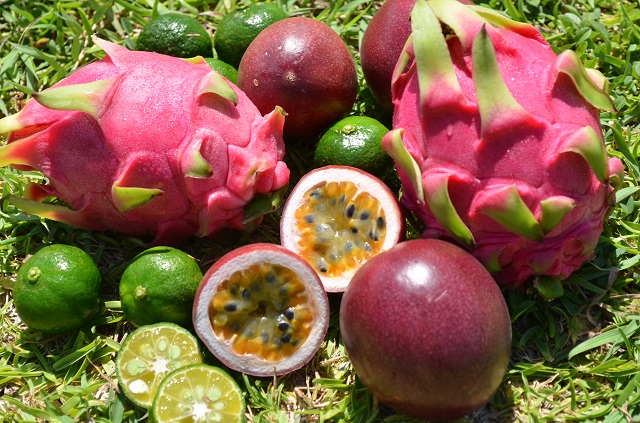 Colorful tropical fruits can be enjoyed each season through a year.

There are branded beef, pork and other meet grown in abundant nature and those will be enjoyed at the restaurants. 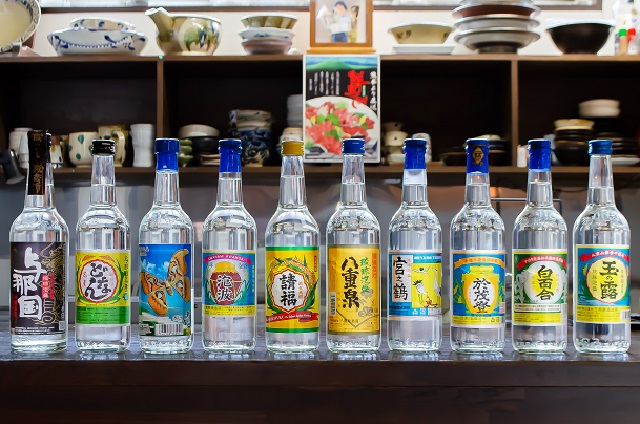 In Yaeyama, there are 10 “Awamori” breweries, and character of each brewery can be enjoyed.